Directives in AngularJS are extended HTML attributes. AngularJS has a number of built-in directives, all starting with ng, such as:

AngularJS allows user-defined directives to extend the functionality of HTML in applications. The directives can attach a specified behavior to:

Directives are defined as Angular Providers.

The Client Script field defines what the directive does. 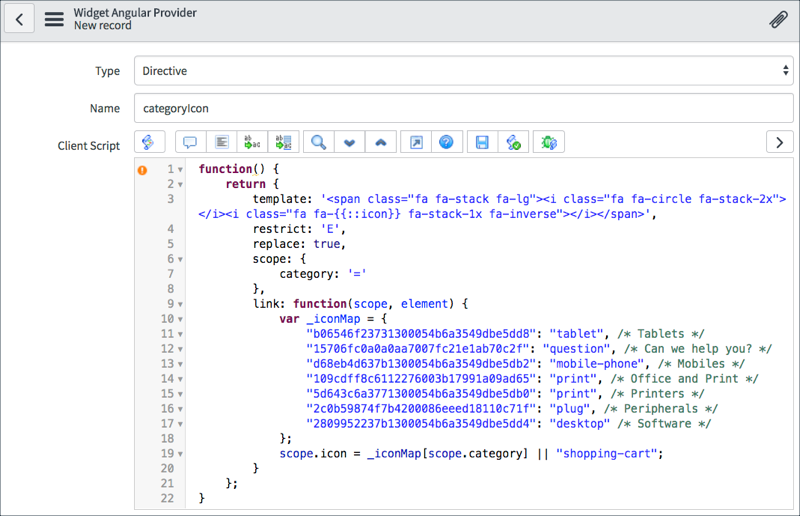 In this example, the directive has several properties:

The warning in the example is an ignorable warning stating the function does not have a name.

Any valid directive syntax can be used in an Angular Provider.